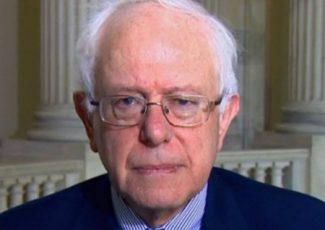 Vermont Senator Bernie Sanders announced, on Monday, that he will not attend a forthcoming conference organized by a pro-Israel lobby group that serves as a platform to “express bigotry,” Anadolu Agency reports. “The Israeli people have the right to live in peace and security. So do the Palestinian people,” Sanders, […] 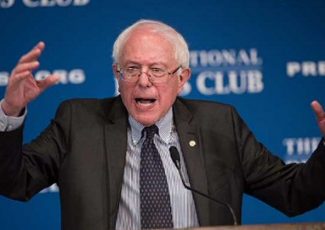 US Senator Bernie Sanders Criticizes US Policy Toward Palestine

US Senator Bernie Sanders criticized US administration policy in the Middle East, and Palestine in particular, accusing Washington of being partial to the Israeli side. Sanders, in an open meeting organized by The Washington Post, Wednesday evening, called for finding a solution to the deteriorating humanitarian situation in Gaza, urging […] 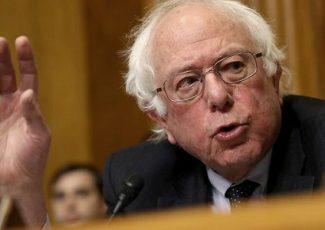 Less than 24 hours after the deaths of Palestinian protesters in the Gaza Freedom March were announced, US Senator, Bernie Sanders of Vermont tweeted: ŌĆŗŌĆ£The killing of Palestinian demonstrators by Israeli forces in Gaza is tragic. It is the right of all people to protest for a better future without […]

US┬ĀSenator Bernie Sanders said, on Monday, that Israeli military occupation runs against both American and Israeli values, and called for its end. “We need to end this 50-year-long occupation,” he said, according to Haaretz. “There is no question that we should be and will be Israel’s very strong friend and […] 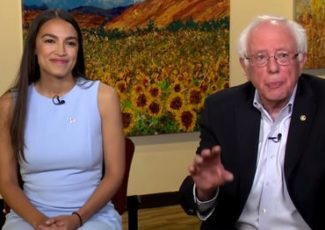 From Middle East Eye: As Donald Trump hailed his so-called “deal of the century” as a historic opportunity to achieve peace between Palestinians and Israel, Democratic members of congress poured scorn on the plan that has been rejected by Palestinians. The proposal, which was drafted without the input of any […] 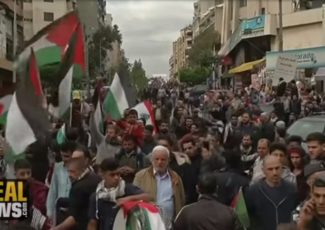 How Israel/Palestine Became a Central Issue in US Politics

Alex Kane discusses how US-Israel relations evolved from a bipartisan to a partisan issue, in recent years, and how Israel/Palestine serves a symbol for other social struggles over social justice in the US. TRNN Video & Transcript GREG WILPERT┬ĀWelcome to The Real News Network. IŌĆÖm Greg Wilpert in Baltimore. Recently, […] 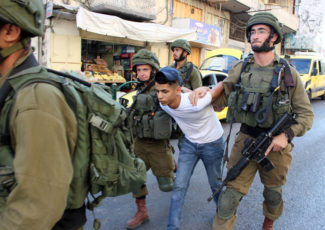 Ali Harb – Middle East Eye The Israeli army’s mistreatment of Palestinian children is “completely preventable”, a United States congresswoman said, as she urged other lawmakers to support a bill that would prevent American military aid to Israel from being used to abuse Palestinian minors. “The Israeli system of military […] 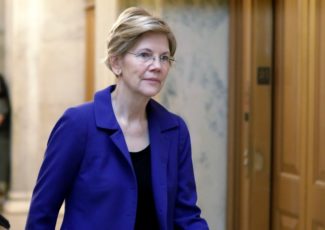 Democratic U.S. presidential candidate, Elizabeth Warren, Sunday, said that she is open-minded with regard to making US aid to Israel dependent upon the acceptance of its government to halt its illegal settlement construction in the occupied West Bank.   When asked about her position concerning Israeli illegal settlements and US […] 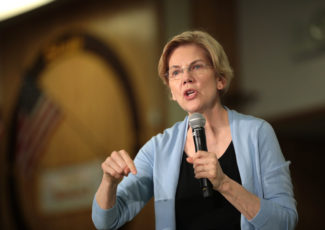 by Ali Abunimah, for Days of Palestine Democratic presidential hopeful┬ĀElizabeth Warren┬Āhas made her clearest statement on how she would approach IsraelŌĆÖs decades of occupation and oppression of Palestinians. It is arguably a microscopic improvement from previous positions. But thatŌĆÖs not saying much, because those amounted to fleeing hard questions,┬Āas she […] 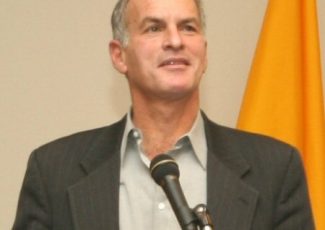 Last week, The Canary released Part 1 of an interview with renowned Jewish academic Norman Finkelstein in which he discussed the antisemitism smear campaign against Jeremy Corbyn and the Labour Party. In Part 2, Finkelstein speaks about the Israeli stateŌĆÖs degeneration into an ŌĆ£alt-right countryŌĆØ, the complicity of its population […] 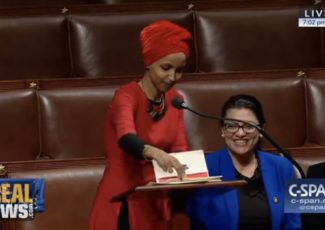 Support for Israel Divides Democrats, A Division Fomented by Republicans

Republican Senator Marco Rubio pushes a pro-Israel agenda, while new and younger Democrats question US support for the right-wing government in Israel, says Israeli-American journalist Mairav Zonszein. From the time he began work as a civil rights organizer at age 14, Marc Steiner has dedicated his life to issues of […] 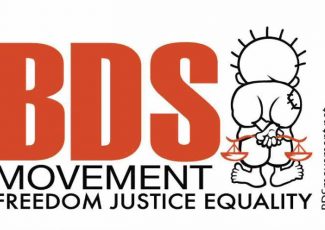 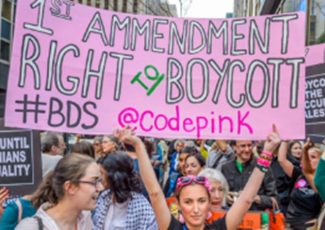 While Senators Cardin and Portman are trying to sneak a last-minute amendment into the budget bill to make BDS illegal ŌĆō violating free speech ŌĆō 26 states are also moving to make boycotts of Israel illegal. TRNN speaks to IPSŌĆÖs Phyllis Bennis about the anti-BDS efforts in the US. Phyllis […] 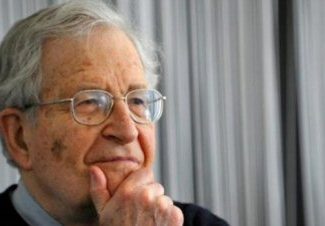 The American linguist, historian and thinker Noam Chomsky says that the administration of US President Donald Trump, despite all its talk about the so-called ŌĆśDeal of the CenturyŌĆÖ , has no solution to offer that could lead to the establishment of an independent Palestinian state. The Trump administration, he said, […] 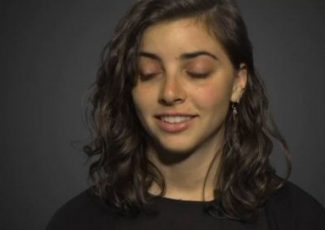 US Jewish Activists Interrogated by Israelis over ‘Connections with Palestinians’

Israeli security services held and interrogated Simone Zimmerman, a US Jewish activist, at the border with Egypt for several hours on Sunday, over her alleged ŌĆ£connections with Palestinians.ŌĆØ Zimmerman, who resides and works in Israel, tweeted that her and a friend were held at the┬ĀTaba Crossing┬Āfor four hours, where they […] 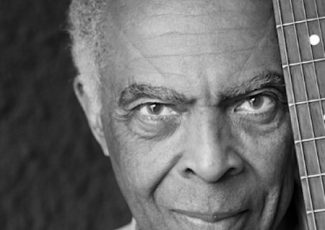 Brazilian singer and songwriter Gilberto Gil has cancelled a performance that was scheduled in Israel this summer, citing ŌĆ£general sentiment of apprehension.ŌĆØ The legendary Grammy and Latin Grammy Award winner, once BrazilŌĆÖs Culture Minister and now considered one of Latin AmericaŌĆÖs most prominent and influential musicians, was supposed to perform […] 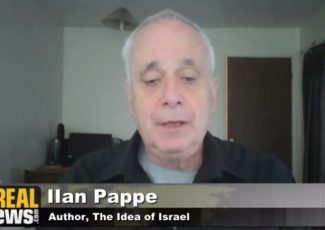 The Great Return protests in Gaza will culminate on Nakba Day, May 14th. This is also the day that Israel will celebrate the 70th anniversary of the State of Israel. Historian Ilan Pappe says that we need international pressure brought upon the State of Israel, on this occasion, and to […] 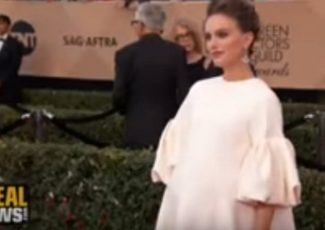 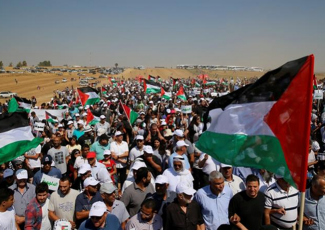 Members of US Congress Release Statement on Gaza Protests 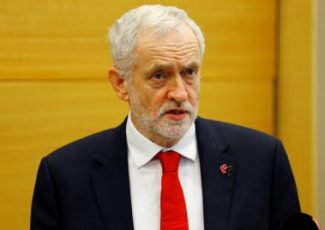 Jeremy Corbyn Calls for Reconsideration of Arms Sales to Israel

Head of British Labour Jeremy Corbyn has said that Britain should consider halting the sale of arms to Israel, after nine more Palestinians lost their lives on the Gaza border. In a message read at a demonstration outside Downing Street yesterday, Corbyn condemned the violence as an ŌĆ£outrageŌĆØ, and attacked […] 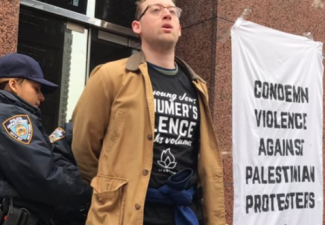 Internationals Penalized for Support of Palestine

Eight American Jews from the “If Not Now Movement” were arrested in front of US Senator Chuck SchumerŌĆÖs office in Manhattan, on Monday. The activists were chanting, ŌĆ£How many more Chuck?ŌĆØ referring to the number of Palestinian protesters killed at the Gaza Border. The New York senator has not bothered […] 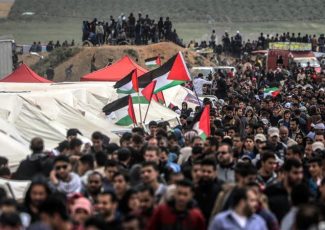 The Failures of Western Reporting in Gaza

by┬ĀVijay Prashad If you are a Western journalist and you have to report from Gaza, the best thing to do is to treat the Palestinians as a threat. Their bodies are weapons, their existence is dangerous. If a Palestinian is killed by an Israeli soldier, the most appropriate thing to […]

Ali Abunimah: US Democratic Party Out of Step with Their Base on Israel-Palestine

Ali Abunimah of The Electronic Intifada says Democratic politicians, even progressives like Bernie Sanders and Elizabeth Warren, are out of touch with their supporters when it comes to defending Palestinian rights. TRNN transcript: Aaron Mat├®: It’s The Real News, I’m Aaron Mate. A recent piece on AlterNet asked the question: […] 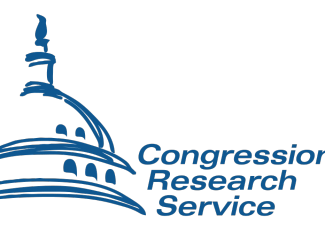 United States┬Āsenators re-introduced a bill which calls for cutting funds provided to the Palestinians Authority (PA) as it still supports ŌĆ£terrorismŌĆØ. The bill, according to Haaretz, was reintroduced by Republican South Carolina Sen. Lindsey Graham, in addition to two other senators, demanding a cut on US funding to the PA […] 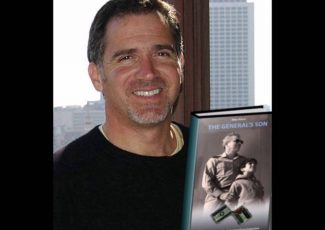 Israeli Activist: No Difference Between Democrats and Republicans on Israel

via the Real News Network Miko Peled, whose father was a general in the Israeli army, tells Paul Jay that Bernie Sanders opened the door for mainstream politicians to criticize U.S. policy towards Israel. Miko Peled is an Israeli-American activist and author of The General’s Son: Journey of an Israeli […] 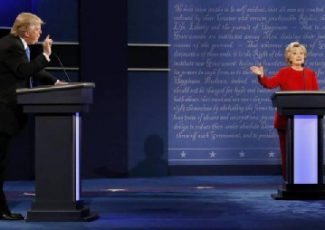 No Matter Who Wins the US Presidential Election, Palestine Has Already Lost

October, 2016 |┬ĀInternational Solidarity Movement (ISM) | al-Khalil Team One week ago, the United States and much of the world turned on their televisions to tune into the 2016 Presidential debate. (photo credit: Brian Snyder ŌĆō Reuters) Advertised as the most anticipated debate in a generation, millions watched as Democrat […] 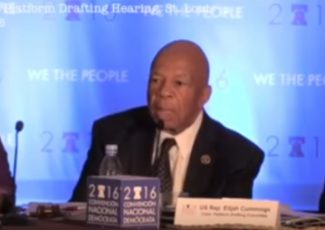 via the Alternative Information Center, Beit Sahour. Hillary Clinton allies on the Democratic PartyŌĆÖs platform drafting committee blocked a motion that called for an end to IsraelŌĆÖs military occupation and illegal settlement enterprise on June 25. Watch the highlights of the heated debate that transpired between committee members appointed by […] 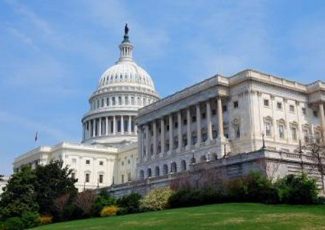 Following a similar resolution passed last week by the U.S. House, the U.S. Senate voted Thursday night to support IsraelŌĆÖs ongoing invasion of the Gaza Strip. No dissenting vote was cast, and no mention was made of the hundreds of Palestinian civilians, most of whom are women and children, that […] 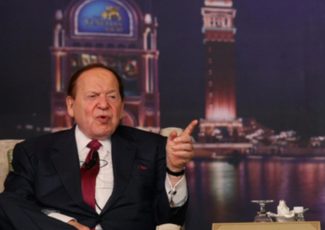