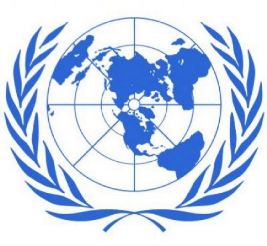 United Nations Secretary-General, Ban Ki-moon, stated that he supporters an independent Palestinian State, but added that UN membership for Palestine is an issue that will be determined by member countries.His statements came after the United States officially declared it is using its Veto power to topple the UN vote on Palestinian full membership should the Palestinians go ahead with their plan.

After concluding a trip in Australia and the south Pacific, Mr. Ban said that he strongly supports a two-state solution that will enable Israel and the Palestinians to live in peace and security next to each other. His tour took him to New Zealand, Kiribati and the Solomon Islands, and Australia.

Before leaving Australia, the UN Secretary-General stated that he supports the establishment of an independent and sovereign Palestinian State.

“US President, Barack Obama, put a good framework for the Israeli-Palestinian peace talks but the UN members are entitled whether to vote for or against the Palestinian statehood recognition at the UN,” he added.

He added that this issue is to be determined by member states, and not by his own decision, and that U.S. president, Barack Obama, presented a new framework for Israeli-Palestinian peace talks.

The Palestinian bid received the support of more than 140 countries, but the US government insists on voiding it.

Palestinian President, Mahmoud Abbas, will be submitting the official request on September 20th, asking the United Nations to accept Palestinian as a member state.

Washington, once again, decided to challenge and oppose most of world countries by using its veto to topple the Palestinian bid, as on Thursday, the U.S. officially declared it will be using its Veto power to foil the UN-statehood bid.

“It is not a surprise that the US will veto the Palestinian statehood bid at the UN in the city of New York.’, US State Department spokeswoman, Victoria Noland, stated ‘A Palestinian state can only be established through direct peace talks with Israel. So, yes! We are going to use the veto against the Palestinian bid”.

After the U.S. veto topples the legitimate Palestinian demand, the Palestinian leadership will be heading to the General Assembly for a vote that will most certainly be in their favor as most of world countries approve the Palestinian bid.

But this vote will only upgrade the status of Palestine from an observer body to a non-member state.

Israeli-Palestinian peace talks have been halted since September 2010, when Israel resumed the construction of settlements, and continued it invasions, attacks, and the demolition and takeover of Palestinian homes in occupied East Jerusalem.

Palestinian leaders have stated that they would not resume peace talks with Israel until the latter halts and all settlement construction, and stops its violations.