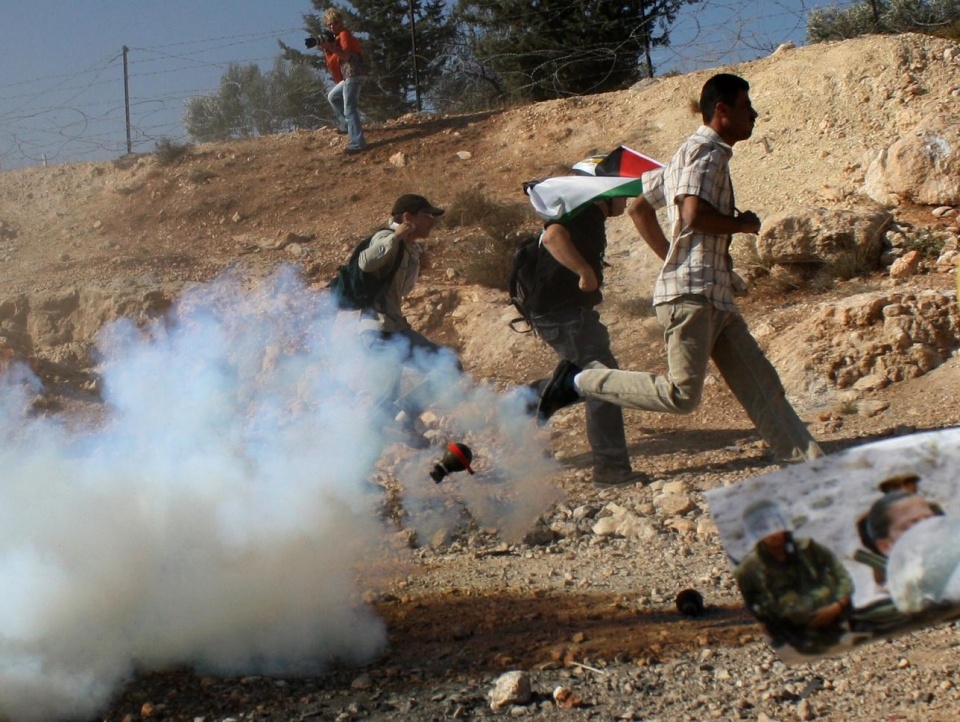 Eleven civilians were injured, on Friday, when Israeli soldiers attacked nonviolent protests organized in 5 different West Bank villages.Eight civilians were injured when Israeli troops attacked the weekly protest organized by the villagers of Kufr Kadum, in northern West Bank. Soldiers also invaded the village and fired tear gas into residents’ homes, as a result many civilians, including children, suffered effects of tear gas inhalation. Following the invasion of the village, some youth began throwing stones at the soldiers.

In the central West Bank, at the villages of Bil’in and Ni’lin, Israeli soldiers attacked the protesters as soon as they reached the gate in the wall which separates local farmers from their lands. In Bil’in a 13-year-old boy was injured in his foot and many other protesters suffered the effects of tear gas inhalation and were treated by field medics.

In Al-Ma’asara village, Israeli troops stopped villagers and their supporters at the entrance of the village and forced them back. However, no injuries were reported.