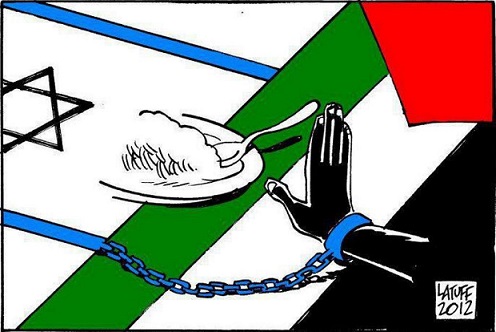 The Palestinian Prisoners Society (PPS) has reported, Sunday, that around 21 detainees, held by Israel in the Huwwara prison, near the northern West Bank city of Nablus, are ongoing with the hunger strike they started on December 9.The PPS said the detainees are protesting the ongoing strip searches, repeatedly enforced on them in Huwwara, and the continued violations and abuse.

It added that the detainees started their strike on December 9 after the soldiers invaded their rooms at night, and forced them out before strip-searching them.

The PPS also said, similar to their repeated strikes, the detainees are demanding the Israeli authorities to improve their living conditions, including the quantity and quality of food, in addition to a sufficient amount of bed covers and blankets, fixing the toilets and shower rooms, proper medical attention, and various other essentials.

There are more than 6500 Palestinians imprisoned by Israel, including close to 1000 Palestinians who were kidnapped in November, in addition to dozens taken prisoner this month.