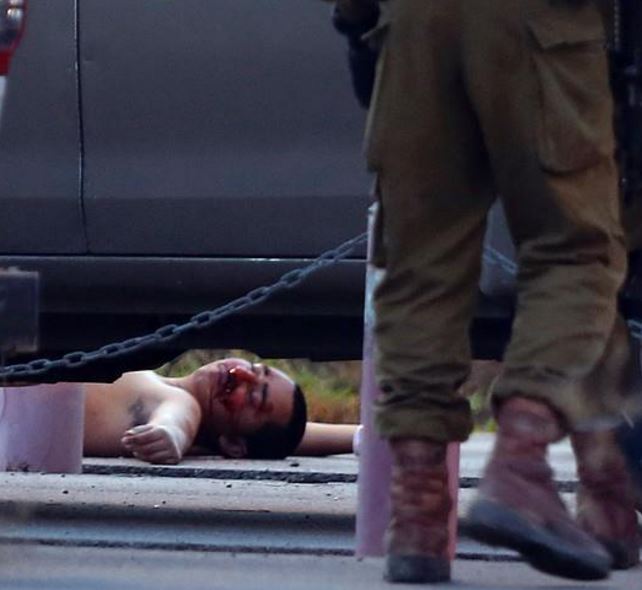 Israeli soldiers shot and killed, on Friday, a Palestinian-American teen, from Deir Dibwan town, east of the central West Bank city of Ramallah. Dozens of Palestinians have been injured in different parts of the occupied West Bank and the Gaza Strip.Palestinian medical sources said the slain child has been identified as Mahmoud Mohammad Ali Sha’lan, 17, and that he was shot near the Beit El Israeli colony and security center, built on Palestinian lands, north of Ramallah.

The army held the body of the slain teen, and handed it later to the Palestinians side, before it was moved to the Palestine Medical Center in Ramallah. Sha’lan was shot with many live rounds to various parts of his body and was left to bleed to death.

His funeral will likely be held Sunday after the Palestinian side conducts an autopsy in the forensic center of the al-Quds Abu Dis University. The slain teen is a Palestinian with American citizenship.

The Israeli army is alleging that the Palestinian “was carrying a knife, and attempted to stab soldiers, but they shot him dead before he was able to reach them.”

Local sources said the soldiers deliberately fire gas bombs at several homes and in the areas of clashes.

Friday also witnessed clashes in different parts of the occupied West Bank and the besieged Gaza Strip, leading to the injury of seventy Palestinians, six of them in the Gaza Strip, and 64 in the West Bank.

In Gaza, two Palestinians were shot with live Israeli army rounds, three suffered the effects of teargas inhalation and one suffered fractures and bruises.

In the West Bank, the soldiers shot and injured at least 64 Palestinians, while undercover soldiers have kidnapped four Palestinians close to the Shu’fat military roadblock, in occupied Jerusalem. One of the kidnapped children has been identified as Abed Mohammad al-Bahri, 15.

Medical sources in Nablus said one Palestinian was injured after a group of Israeli extremists attacked him near the Yitzhar illegal colony, built on Palestinian lands, south of Nablus.

In Jenin, in the northern part of the occupied West Bank, the soldiers clashed with dozens of local youths near the Jaba’ Junction, south of the city. Medical sources said scores of residents suffered the effects of tear gas inhalation.

The soldiers also assaulted dozens of Palestinians, marking the 22nd anniversary of the Ibrahimi Mosque massacre, in the southern West Bank city of Hebron.