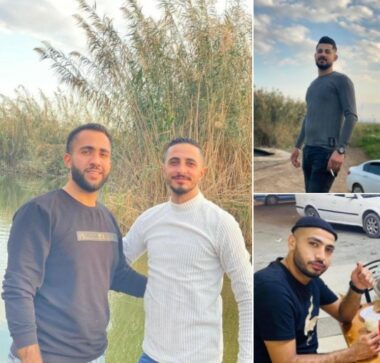 The sources added that the soldiers also abducted Yacoub Bader and Siraj Kashour, from Abu Dis town, east of Jerusalem, after summoning them for interrogation.

The soldiers also abducted four Palestinians at a military roadblock near Jericho city, in northeastern West Bank, after the army stopped and searched many cars.

The abducted Palestinians have been identified as Islam Zobeidi, Ahmad Zobeidi, Ziad Abu Ali, and Mohammad Abu Diak; all are from Silat ath-Thaher town, south of Jenin, in the northern part of the occupied West Bank.

It is worth mentioning that the soldiers also invaded Beita town, south of the northern West Bank city of Nablus, leading to protests, before the army fired several live rounds, rubber-coated steel bullets, and gas bombs.

Several Palestinian fighters exchanged fire with the soldiers during the invasion into Beita.

In addition, the soldiers abducted four Palestinians, including a former political prisoner, from the Ramallah and al-Biereh Governorate, in the central West Bank.

On Tuesday night, the soldiers abducted Bilal Atallah Hilal, in his twenties, while standing in front of his home in Qalqilia city, in northern West Bank.