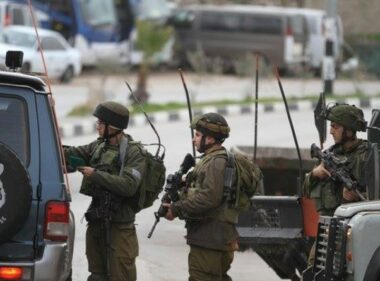 Media sources in Ramallah, in central West Bank, said the soldiers invaded the al-Jalazone refugee camp, north of the city, and abducted a young man after storming his home and searching it.

On Wednesday morning, the soldiers installed several military roadblocks on roads leading to the towns of Ya’bad and Kafrit, southwest of the northern West Bank city of Jenin, before stopping and searching dozens of cars, and interrogated the Palestinians while inspecting their ID cards.

Dozens of soldiers also invaded Palestinian orchards belonging to the residents of Ya’bad.