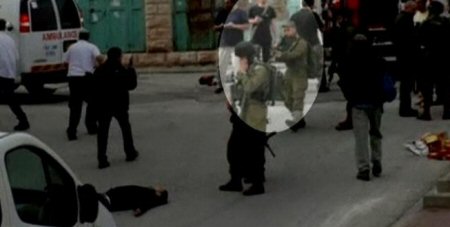 An Israeli soldier who shot and killed a Palestinian youth in Hebron, was released from an Israel prison in Tel Aviv on Tuesday.

In March 2016, soldier Elor Azaria (19) had shot and killed a Palestinian man named Abdul Fattah Al-Sharif, as he was lying on the ground, wounded, in the old  city of Hebron, southern West Bank.  The shooting was caught on video by a human rights group and circulated online.

In January of 2017, Azaria was sentenced to only 18 months in prison, for manslaughter.

However, his sentence was reduced by four months, and Chief of Staff Gadi Eisenkot later reduced the term  by two days, in order for Azaria to attend his brother’s wedding.

Azaria was welcomed by his family as a hero, while Israeli Prime Minister Benjamin Netanyahu congratulated him on the release.