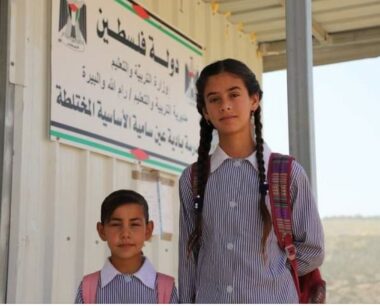 On Wednesday, an Israeli court decided to demolish a Palestinian school in the Ein Samia Bedouin community, east of Ramallah, in the central West Bank.

While the ruling did not set an amount for the fine, it said, “the amount would be much higher than you expect.”

The ruling came after a Wednesday morning court hearing to examine an appeal filed by the Palestinian Kafr Malek village, who donated the school’s land.

Volunteers built the school in mid-December of last year to provide education for children in the Ein Samia Bedouin Community, east of Ramallah and northeast of occupied Jerusalem. The original demolition order was issued on April 28th, 2022.

The community is subject to constant invasions by Israeli soldiers, and illegal colonialist settlers as Israel is eying at confiscating the lands to build illegal colonies.