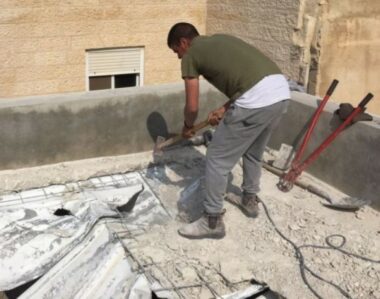 On Wednesday, the Israeli occupation authorities forced two Palestinian families to demolish their homes in occupied Jerusalem, in the West Bank.

Media sources said members of the Shweiki family in the ath-Thoury neighborhood in Silwan, south of the Al-Aqsa Mosque, were forced to demolish their home despite appeals, and fines imposed on the family.

The Israeli army also forced Mahmoud Abu Rayya to demolish sections of his home in the Sharafat neighborhood of Jerusalem, just as he obtained a ruling delaying the demolition for three months until he concludes his appeals.

Israeli’s policy of home demolitions, including self-demolition, is an illegal act of collective punishment that violated International Law.

While Israel continues to build and expand its illegal colonies, Palestinian communities and towns, in occupied Jerusalem, and various areas in the occupied West Bank, continue to be denied the right to build homes and property.