Israeli Army Attacks Protesters at the Ibrahimi Mosque in Hebron 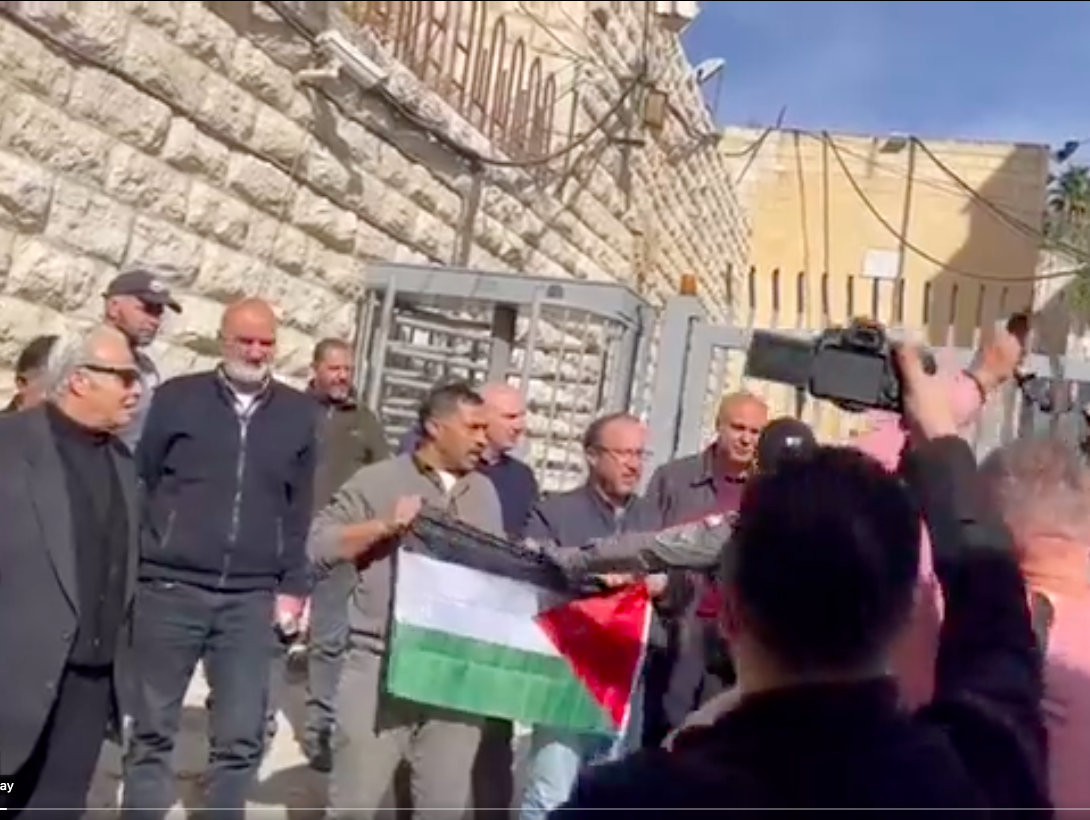 Israeli soldiers attacked, on Sunday, a non-violent demonstration against the Israeli president’s visit to the al-Ibrahimi Mosque in Hebron, in the southern occupied West Bank, Quds News Network reported.

Palestinian factions encouraged civilians to gather at the United Nations World Heritage site in protest of the visit by Israeli president, Isac Herzog, for the lighting of the first candle in celebration of the Hannukah holiday, at the Muslim holy site.

The soldiers were seen brutally attacking the peaceful protesters and snatching Palestinian flags out of their hands.

The army also assaulted protesters at the military roadblocks as they held Palestinian flags and chanted in rejection of the occupation president’s visit.

WAFA added that the army closed the gates to the mosque, forced store owners to close shops and obstructed journalists from covering the assault.

Herzog lit the first candle at the Muslim holy site while accompanied by illegal settler leaders and members of the Israeli Knesset in an explicit show of cooperation.