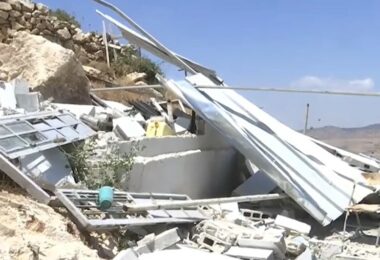 On Tuesday, Israeli soldiers demolished an agricultural shed in Nahhalin town, west of Bethlehem, in the occupied West Bank.

Ghayatha said the soldiers removed the metal ceiling of the agricultural room before demolishing its walls, turning it into rubble.

A few days ago, the soldiers demolished four agricultural rooms in Nahhalin, and one in the Al-Khader town, south of Bethlehem.