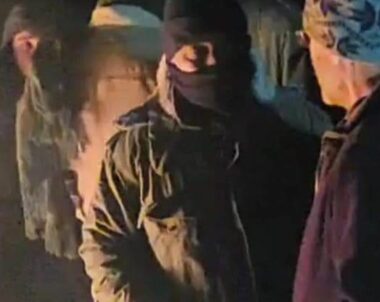 Several fanatic Illegal Israeli colonists attacked, on Thursday at night, a Palestinian family and forced them out of a cave they were using as a residence in Khirbat Tawamin, east of Susiya village in Masafer Yatta, south of the southern West Bank city of Hebron.

Fuad al-‘Amour, the coordinator of the Protection and Steadfastness Committees, said the colonists attacked Barakat Morr and his family of seven, who live in a modified cave due to Israeli violations and restrictions on construction.

He added that the colonists attacked the family and displaced them in front of Israeli soldiers, who also participated in the assault.

Many Palestinians in the area resort to living in caves and sheds due to Israeli violations and ” preventing them from building on their lands in Area C of the West Bank, amidst ongoing construction and expansion of Israel’s illegal colonies, in direct violation of International Law and the Fourth Geneva Convention.