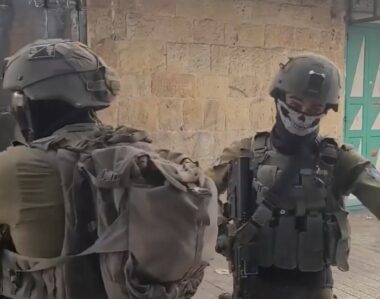 On Friday, many illegal Israeli colonizers attacked Palestinians in the Tal Romedia neighborhood in the center of Hebron city, in the southern part of the occupied West Bank.

The sources added that several Palestinians, including a local nonviolent activist against the illegal colonies, Emad Abu Shamsiyya, and a young man, Yasser Abu Markhiyya.

Israeli soldiers installed roadblocks and restricted the movements of the local Palestinians while allowing the paramilitary colonizers to roam freely, and closed the Old City of Hebron, prevented the Palestinians from entering or leaving it.

Also on Friday, the soldiers injured many Palestinians at the main entrance of the Shuhada Street in Hebron city.