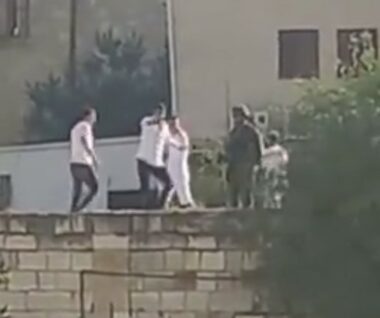 On Saturday, illegal Israeli colonizers attacked Palestinian homes and caused damage to several cars in Shallala Street in the center of the southern West Bank city of Hebron.

Media sources said many colonizers invaded the area and hurled stones at several homes, in addition to causing damage to many parked cars.

Israeli soldiers were standing with the colonizers while they were attacking the Palestinians cars and just watched the attacked without intervening.

The owners of two of the damaged cars have been identified as Samer Zahda and Nidal Zeitoun, the sources said.

The colonizers also tried to close many streets in Hebron and hurled insults at the Palestinian families, especially near the permanent Israeli military roadblock at the entrance of the Tal Romeida area in the city.