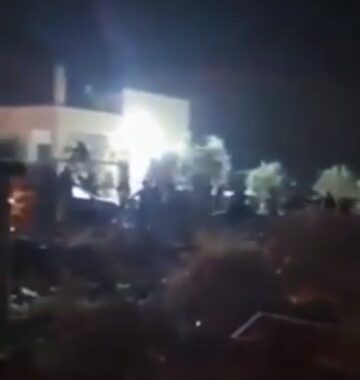 On Tuesday evening, Israeli colonizers injured a Palestinian man near the Al-Mughayyir village, east of Ramallah, in the central part of the occupied West Bank. Israeli soldiers also injured several Palestinians in Hebron.

Eyewitnesses said the colonizers gathered near the village and started throwing stones at Palestinian cars.

After attacking the car, the colonizers assaulted the Palestinian and occupied his vehicle.

Nassar, from Qusra village south of the northern West Bank city of Nablus, suffered shrapnel wounds to the face and eye and was moved to Rafidia hospital.

In Hebron, in the southern part of the West Bank, the soldiers caused several Palestinians to suffer the effects of tear gas inhalation during protests that erupted after the army invaded the main entrance area of the Al-Arroub refugee camp, north of the city and closed it.