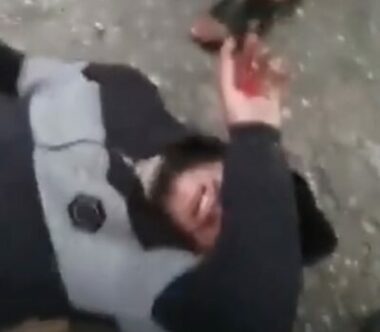 Several illegal Israeli colonizers injured, Monday, a Palestinian teen near the town of Huwwara, south of Nablus, in the northern part of the occupied West Bank. The soldiers also abducted a young man at the roadblock.

Ghassan Daghlas, a Palestinian official who monitors Israel’s illegal colonialist activities in the northern West Bank, said many colonizers gathered on the main road of the town and attacked several Palestinians.

Daghlas added that one youth, only seventeen years of age, was injured in the attack before he was rushed to Rafidia Palestinian hospital in Nablus.

The assault took place after large groups of colonizers gathered in several areas of the main Nablus-Ramallah Road, before attacking people, stores, and cars, causing damage to at least one shop and one car.

It is worth mentioning that Israeli soldiers also invaded Huwwara and attacked many Palestinians, in addition to firing several rounds of live ammunition, gas bombs, and concussion grenades.