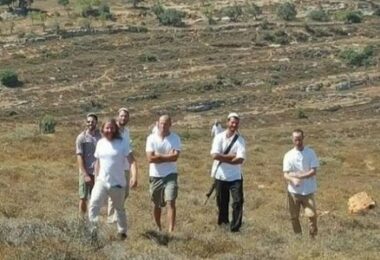 Hasan Mleihat, a local nonviolent activist from the Al-Baidar Organization for Bedouin Rights, said the Israeli paramilitary assailants invaded the home of Mohammad Mleihat in the Arab Al-Mleihat Bedouin Community.

He added that the paramilitary colonizers, including some in full military gear, attacked the family and tried to force Mohammad and his family from their home before many locals intercepted them and forced them to leave.

The community is subject to frequent Israeli violations, including repeated attacks by the colonizers who destroy property, and attack homes, farmers, and shepherds, to force them out of the area.

The colonizers installed the outpost on Friday, but the Palestinians managed to force them out of their lands.