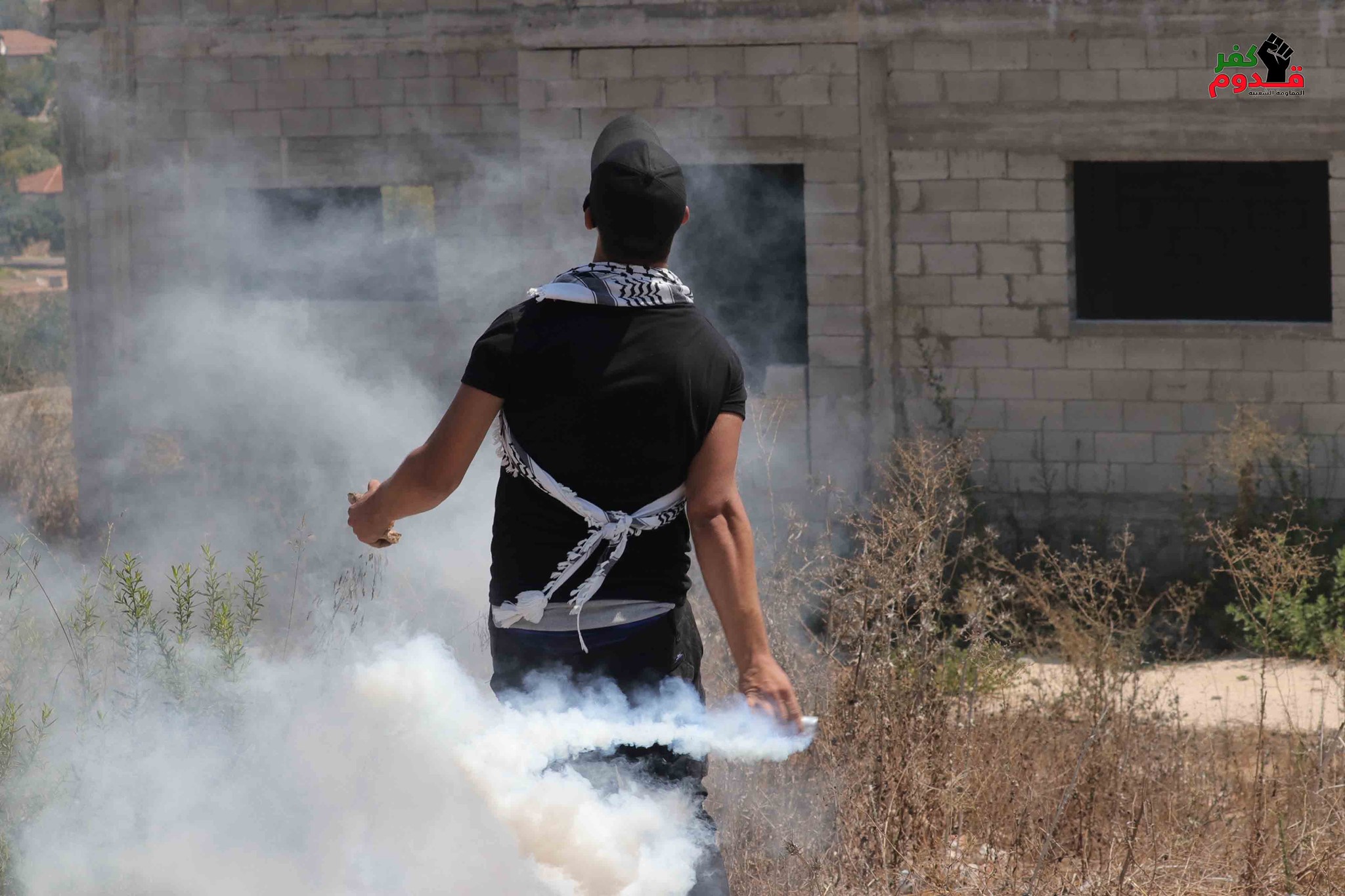 The Israeli army, on Saturday, suppressed a popular demonstration in Kufur Qaddoum village, shooting six Palestinian young men, including a paramedic and causing several others to suffer the effects of teargas inhalation.

In the northern occupied West Bank, the village of Kufur Qaddoum is situated between Qalqilia and Nablus and is surrounded by Israeli settlements. The main road toward Nablus was closed to Palestinians by Israeli occupation authorities, to allow for the exclusive use of illegal colonists.

Morad Eshteiwi, the media spokesman for the popular resistance in Qalqilia stated that the Israeli army responded to the the peaceful rally with excessive use of force, by shooting six Palestinian young men with rubber-coated steel rounds and sponge tip bullets.

Two of the injured men were transferred to a nearby hospital for further treatment, while the others were treated at the scene.

Near the Omar Ibn Al-Khattab Mosque, the army heavily fired tear-gas at the rooftops of civilian homes, which resulted in several inhalation injuries, which were treated in the field.

The inhabitants of the village and surrounding areas have rallied every Friday and Saturday for ten years to demand the reopening of the road, as well as an end to Israeli settlement expansion.