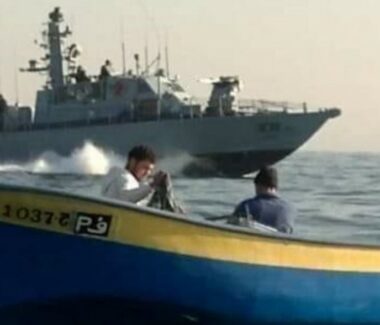 On Wednesday night, Israeli navy ships fired many live rounds, concussion grenades, and flares at Palestinian fishing boats near the shore of Gaza city, forcing them to leave.

Media sources said the navy fired a barrage of live fire at the boats and many flares while the Palestinians were fishing in Palestinian waters not far from the shore, northwest of Gaza city.

They added that the navy also fired concussion grenades and ordered the fishermen to leave in addition to threatening to abduct them and confiscate their boats.