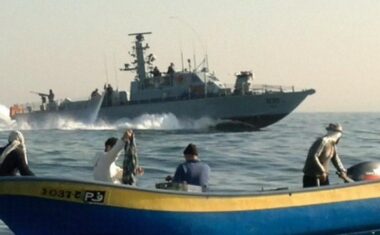 On Thursday evening, Israeli navy ships fired many live rounds at Palestinian fishing boats near the shores of Rafah and Khan Younis in the southern part of the Gaza Strip.

Eyewitnesses said the navy chased several fishing boats near the shore of Khan Younis and fired many live rounds and flares.

They added that the navy ships also attacked fishing boats with flares, live rounds, and gas bombs near the shore of Rafah.

The attacks caused damage but did not lead to casualties and forced the Palestinians to leave, fearing further Israeli violations.