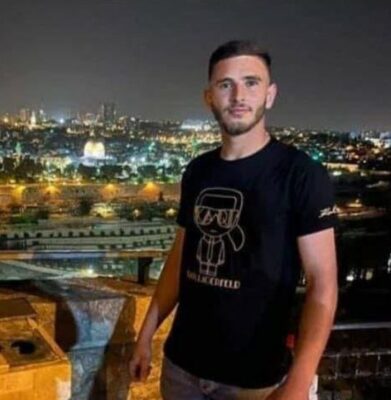 On Sunday, Israeli soldiers abducted a young Palestinian man in the at-Tour town, and attacked protesters in Silwan town, south of the Al-Aqsa Mosque, in occupied Jerusalem. The soldiers also attacked an elderly man in Al-Aqsa Mosque (Video).

The sources added that the soldiers invaded the al-Bustan neighborhood in Silwan town, leading to protests before the army fired gas bombs, concussion grenades, and rubber-coated steel bullets.

In related news, the Wadi Hilweh Information Center In Silwan (Silwanic) said an Israeli soldier pushed an elderly Palestinian man in the courtyards of the Al-Aqsa Mosque, causing him to fall onto the ground.

Several soldiers then started pushing the young man and dragged him out of the courtyards of the holy compound.

The incident occurred when dozens of soldiers accompanied large groups of illegal Israeli colonizers into the holy compound after attacking Palestinian worshipers and forcing them to leave.