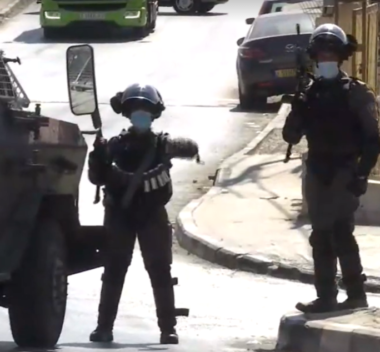 The Palestinian Prisoners Society (PPS) said the woman, identified as Nisrin Abu Arab, 28, is the wife of a political prisoner, identified as Mohammad Abu Arab.

It added that the woman was abducted at a military base after she was ordered to head there for interrogation.

The woman was summoned for interrogation after the soldiers invaded her home and ransacked it.

In related news, undercover Israeli soldiers kidnapped four young men near the Dothan military roadblock, which was installed on Palestinian lands near Ya’bad town, southwest of Jenin in the northern West Bank.

On Monday at dawn, the soldiers abducted a young man in Bethlehem, south of occupied Jerusalem, and one in the Zababda town, southeast of Jenin.

Also at dawn, a large contingent of Israeli soldiers invaded various parts of the West Bank before dawn on Monday and abducted 10 Palestinians from their homes.