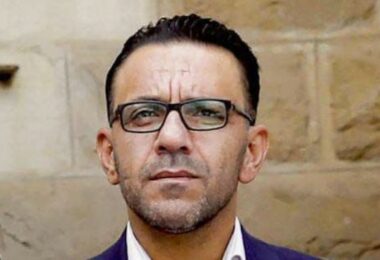 On Wednesday, Israeli soldiers abducted Jerusalem governor Adnan Gheith after storming his home in Silwan town, in occupied Jerusalem, and ransacking it.

They added that the soldiers abducted Gheith before moving him to an interrogation facility in the occupied city.

It is worth mentioning that Gheith has been abducted, detained, and interrogated 35 times since he became the Palestinian Authority’s governor of occupied Jerusalem in 2018.

He was slapped with various restrictions, including a travel ban, a ban from entering other parts of the occupied, and has been barred from holding meetings with Palestinian officials or leaving Jerusalem.