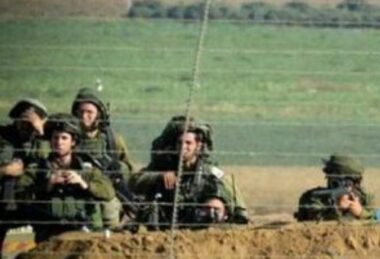 On Saturday, Israeli soldiers fired many live rounds at Palestinian farmers and fishermen in several parts of the Gaza Strip.

Media sources said the soldiers behind the perimeter fence fired a barrage of live fire at the farmers east of the Judur ed-Deek area, southeast of Gaza city.

They added that the soldiers also fired live rounds at farmers east of the al-Maghazi refugee camp in central Gaza and east of the al-Qarara and Abasan al-Kabeera towns, east of Khan Younis in the southern part of the coastal region.

The attacks did not lead to casualties but forced the farmers to leave their land, fearing further violations.

Also, Israeli navy ships fired many live rounds at Palestinian fishing boats near the shore of Rafah, in the southern part of the Gaza Strip, forcing them to leave.