Army Kills A Palestinian, Injures His Sister, Near Ramallah 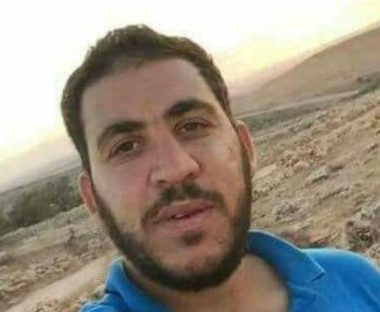 Israeli soldiers shot and killed, Tuesday, a Palestinian man from Deir Ballout town, in Salfit governorate, and injured his sister, after the soldiers fired live rounds at his car, near a military roadblock, close to Halamish illegal colony, northwest of Ramallah.

The man, identified as Mohammad Abdullah Mousa, 25, and his sister, Latifah Mousa, 33, were both injured by army fire, but he later died from his serious wounds in Beilinson Israeli Hospital in Petah Tikva.

Mohammad worked odd jobs, while his sister is married, and has four daughters and a son.

Although the army initially claimed the soldiers opened fire at the car after the driver attempted a “vehicular attack” against them, the Israeli District Coordination office later said the soldiers apparently “accidentally fired at the car.”

The army claimed that the soldiers opened fire at the vehicle after it “raised suspicion when it approached the roadblock,” and added that it was investigating the incident.

Mohammad’s sister is currently receiving treatment for gunshot wounds in her shoulder, in the Istishari Hospital, in Ramallah.

Mousa Ballout, one of their cousins said Mohammad didn’t see the military roadblock, and the stop sign leading to it, adding that the soldiers instantly opened fire at the car.

Mousa added that the Palestinian District Coordination Office is talking to the military to arrange the transfer Mohammad’s corpse back to his family. 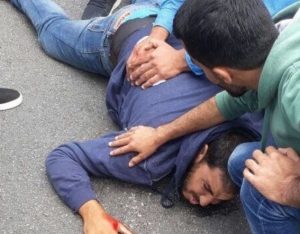 Mousa also stated that the Mohammad was driving to Ramallah to prepare the needed paperwork for his driver’s license, while his sister accompanied him to check out a school for her daughter.

The Palestinian Red Crescent said the soldiers obstructed the work of its ambulance crew, before they later managed to transfer the wounded woman to the hospital in Ramallah. 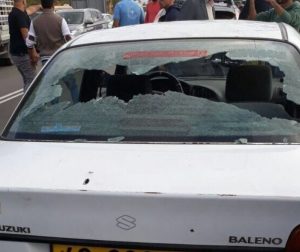 Talking to Israeli online daily Haaretz, Mohammad’s cousin, Kamal Mousa, said the family strongly rejects the military’s allegations, and described them as lies and fabrication, to justify the shooting.

He added that a person who intends to carry out an attack does not bring a family member, such as a sister or a mother, because he knows he, and those who accompany him, will be seriously hurt, and even killed.

Updated From:
Israeli Soldiers Injure A Palestinian Man And A Woman, Near Ramallah
Published on: Oct 31, 2017 @ 10:43

Israeli soldiers shot and injured, Tuesday, a Palestinian man, driving his car, northeast of the central West Bank city of Ramallah, also wounding his sister, after the military claimed that the driver allegedly attempted to ram them with his car.

The Israeli military claimed that the Palestinian driver deliberately targeted the soldiers, and attempted to ram them with his car, before they shot him, and inflicted moderate-to-severe wounds.

The wounded Palestinians have been identified as Mohammad Abdullah Mousa, 29, and his sister, Latifa Mousa, 33, from Deir Ballout town, near Salfit, in northwestern West Bank.

The incident took place near the entrance of Neve Tzuf colony, which was illegally built on Palestinian lands near Nabi Saleh town.

Eyewitnesses said that the soldiers fired many live rounds towards the car, four directly hitting it, including at least one that injured the driver.

They added that the Israeli fire also injured one Palestinian woman, who was walking near the targeted car, before local medics rushed her to a hospital in Ramallah.