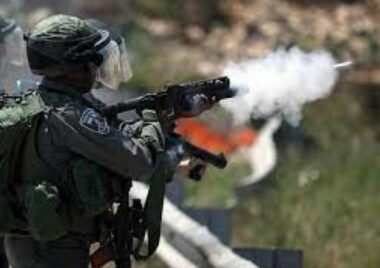 On Friday, Israeli soldiers injured many Palestinians during the weekly procession against the illegal colonies in Beita and Beit Dajan towns, near Nablus, in the northern part of the occupied West Bank.

The soldiers block many roads, especially those leading to Sbeih Mountain, to prevent the Palestinians from reaching their lands.