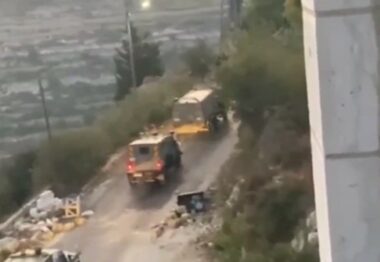 They added that many Palestinians, especially schoolchildren, suffered the effects of tear gas inhalation and received the needed medical attention.

On September 29, a Palestinian child, Rayyan Yasser Suleiman, 7, died from a heart attack after Israeli soldiers chased the terrified child to his home, accusing him and his brother of throwing stones at them in Tuqu.

On Thursday dawn, Israeli soldiers searched many homes and abducted two Palestinian children near Hebron city, in the southern part of the occupied West Bank.