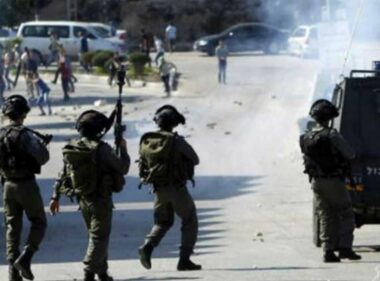 Azem added that many Palestinians, including those in their homes, suffered the effects of teargas inhalation.

He also said the invasion is the second in two days, especially the archeological site and its surroundings.