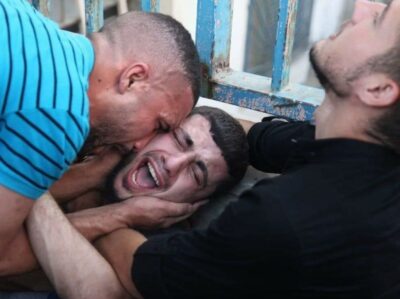 Medical sources have confirmed the fired missiles and shells into the area surrounding the Al-Quds Open University, north of Beit Lahia, in the northern part of the Gaza Strip, wounding six Palestinians, including three children. They added that the Palestinian medics rushed to the bombarded areas and transferred the wounded to the Shifa Medical Center in Gaza and the Indonesian Hospital in Beit Lahia.

Media sources said the Israeli Air Force fired many missiles into several areas west of Khan Younis, in the southern part of the Gaza Strip.

On Friday, the Israeli soldiers killed ten Palestinians, including one child, and injured 6, including five children and four women.