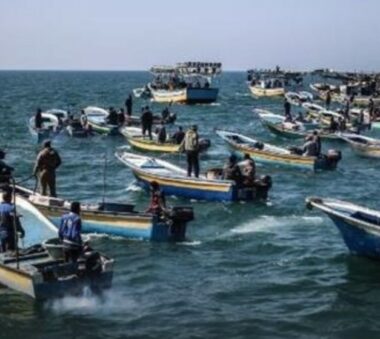 The soldiers also fired a few live rounds and smoke bombs while installing sand hills near the perimeter fence.

Also, Israeli navy ships fired many live rounds at Palestinian boats near the shores of the al-Waha and as-Sudaniyya areas, and near Jabalia and Beit Lahia, in the northern parts of the Gaza Strip.

On Tuesday evening, Israeli navy ships fired many live rounds at Palestinian fishing boats in the southern part of the coastal region.

On Sunday, Israeli soldiers fired live rounds at Palestinian farmers and their lands in the northeastern part of the Gaza Strip and abducted two young men near the fence in the southern part of the coastal region.