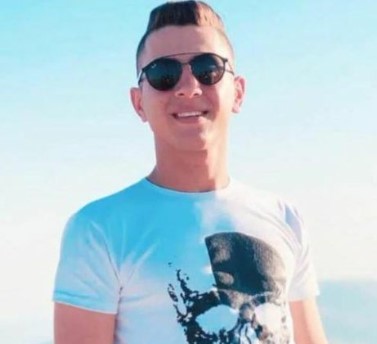 On Wednesday dawn, Israeli soldiers killed a young Palestinian man, and injured at least two young men in Jaba’ town, south of Jenin, in the northern part of the occupied West Bank.

The Palestinian, Rafiq Riyad Ghanem, 20, was shot and seriously injured by the Israeli army fire before the soldiers took him away without allowing Palestinian medics to approach him, despite excessive bleeding.

The Israeli District Coordination office later contacted the Palestinian side and informed them that Ghanem had succumbed to his serious wounds.

The young man was shot near his home when the army invaded the town and fired many live rounds, gas bombs, and rubber-coated steel bullets at Palestinian protesters.

It remains unknown when or if the Israeli army intends to transfer the corpse of the slain young man to his family for a proper funeral.

His uncle, Hani Ghanem, is also a former political prisoner who was imprisoned by Israel for eighteen years, while his aunt, Ni’am Ghanem, was killed by the Israeli twenty years earlier, and his grandfather was killed in the year 1948.

Hani said that Rafiq heard a sound near his home and went out to see what was going on before the undercover soldiers, standing at a distance behind him, shot him with two live rounds.

During the invasion, the soldiers also abducted a young man, Ahmad Ziad Hamamra.

The soldiers also invaded Jenin city and the Jenin refugee camp before undercover officers, driving a car with Palestinian license plates, abducted a former political prisoner, Amid al-Isran, from the refugee camp.

The undercover officers fired a barrage of live rounds at random while withdrawing from the refugee camp and handed Amid to soldiers who forced him in a military vehicle and sped away.

Mousa Khatib said the undercover officers also shot his son Fadi Khatib, 20, while standing in front of his home, causing a moderate injury to his leg. Fadi is a former political prisoner who Israel imprisoned for 18 months.

Rafiq is the fifth Palestinian to be killed by Israeli army fire since the beginning of this month.

On July 05, 2022, the soldiers killed Ahmad Harb Ayyad, 32, after they assaulted him and repeatedly struck him with batons when he and other workers tried to cross through a breach of the illegal Annexation Wall, in Tulkarem, in the northern part of the occupied West Bank.

On July 03, 2022, a young Palestinian man, Kamel Abdullah Alawna, 18, died of serious wounds he suffered a day earlier after Israeli soldiers shot him in Jaba’ town.

On July 2, 2022, a Palestinian woman, Sa’diyya Farajallah, 68, the oldest female detainee imprisoned by Israel, died in an Israeli prison less than seven months after Israeli soldiers abducted her.

At least sixty-nine Palestinians, including twelve children, have been killed by the Israeli army and the paramilitary colonizers since the beginning of this year.