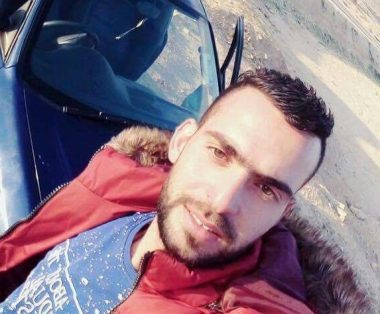 Israeli soldiers killed, Monday, a young Palestinian man near Teqoua’ town, southeast of Bethlehem, in the occupied West Bank, after he allegedly “attempted to ram soldiers with his car, and attempted to stab them.”

The Palestinian man has been identified as Mohammad Ibrahim Jibreel, 25, from Teqoua’ town.

The Israeli army claimed that  Palestinian car sped towards the soldiers who were exchanging guard duties at a military watchtower, wounding one soldier who was standing outside.

It added that the car struck a nearby safety rail, before the driver reportedly exited it while carrying a knife and attempted to stab the soldiers who then shot him dead.

A Palestinian ambulance rushed to the scene but the soldiers prevented the medics from even approaching the young man. 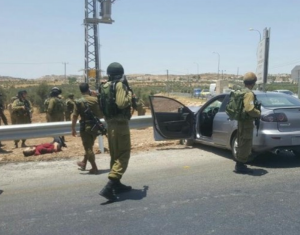