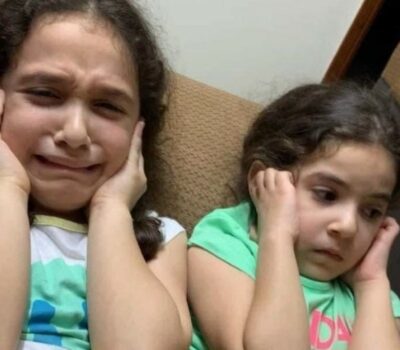 Update from the Palestinians Center For Human Rights (PCHR):

At approximately 16:15 on Friday, the Israeli army fired missiles into the fifth and sixth floors of Burj Falasteen (Palestine Tower) in the center of Gaza city and assassinated a senior leader of the Islamic Jihad, Mahmoud Mohammad al-Ja’bari, 52.

The Palestine Tower consists of thirteen floors and consists of many government offices and media centers.

The bombing also caused damage to many surrounding buildings, stores, and commercial facilities.

The Israeli missiles also killed Ahmad Mazen Mahmoud Azzam, 25, in the Zeitoun neighborhood, one of the largest and most densely populated areas in Gaza city.

The Health Ministry in Gaza has confirmed that the Israeli missiles and shells injured 36 Palestinians, including five children and four women.

At approximately 16:20, the Israeli army fired an artillery shell that struck the home of Adnan Atiya al-Amour, killing his daughter Donyana Mohammad al-Amour, 22.

The Israeli missiles also killed Mohammad Ahmad Nasrallah, 25, and injured his daughter in addition to two other Palestinians east of Beit Hanoun, in the northern part of the Gaza Strip.

At approximately 16:25, an Israeli drone fired missiles into an area west of Khan Younis, in the southern part of the Gaza Strip, killing Fadel Mohammad Zo’rob, 30, and Mohammad Hasan al-Bayok, 35, in addition to wounding seven other Palestinians, including two children. The attacks also caused damage to a Palestinian ambulance.

At approximately 16:50, two Palestinians, including one child, were injured after the Israeli army bombed the al-Brazil neighborhood, south of Rafah, in the southern part of the Gaza Strip.

The Palestinians Center For Human Rights (PCHR) said its field researchers and teams are still documenting and validating the latest incidents and casualties, adding that the Israeli offensive could take a long time, as stated by Israeli military leaders and government officials.

The PCHR condemned the Israeli offensive, the extrajudicial assassinations, and the constant targeting of Palestinian civilians in violation of International Humanitarian Law and all related international treaties.

On Friday, the Palestinian Health Ministry confirmed that Israeli soldiers killed ten Palestinians, including a child, injured at least fifty-five after the army fired missiles into the Gaza Strip, and assassinated the head of the armed wing of the Al-Quds Brigades of the Islamic Jihad.

The Health Ministry said among the slain Palestinians are a child, only five years of age, and one woman, and added that at least fifty-five Palestinians were injured. The child, Ala’ Abdullah Qaddoum, 5, was playing in front of her family’s home in the Rimal neighborhood in the center of Gaza city when the army fired missiles targeting The Borj Falasteen (Palestine Tower) building.

Her grandfather, Riyad Qaddoum, said Ala’ was just about to start kindergarten, happy with her new clothes, school bag, and supplies.

The offensive on Gaza started when the army assassinated Tayseer al-Ja’bari, the leader of the Al-Quds Brigades, after firing missiles at his office in Gaza city. The army also carried out several airstrikes and artillery shelling targeting many areas in Gaza city, especially the Sheikh Ejleen area that was hit with at least fifteen Israeli missiles, in addition to Khan Younis and Rafah, in the southern part of the Gaza Strip, and several areas in northern Gaza.

The offensive is still ongoing; some of the slain Palestinians are members of armed resistance groups in the Gaza Strip.

Palestinian factions in Gaza vowed retaliation and fired dozens of shells into many areas in the southern part of the country.

According to Israeli sources, rocket sirens sounded in most southern and central areas, including Tel Aviv.

Israeli Defense Minister, Benny Gantz, said that he approved the deployment of 25.000 reservists according to what he called “operation needs,” an issue that indicates an upcoming larger offensive on the Gaza Strip.

A senior military official claimed the strikes on Gaza “targeted Islamic jihad fighters,” and alleged that the group is preparing for an attack against Israel.”