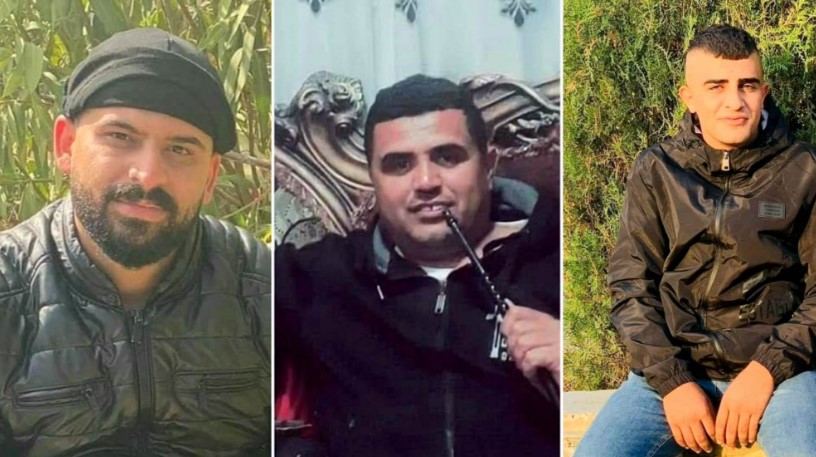 The invasion was carried out by dozens of armored military vehicles, including bulldozers before the soldiers stormed and ransacked many homes and occupied rooftops to use as sniper posts and monitoring towers.

The invasion led to massive protests in Jenin city and the Jenin refugee camp before the soldiers fired dozens of live rounds, rubber-coated steel bullets, and gas bombs.

A Palestinian cab driver said he saw several Israeli military vehicles at a distance and noticed the undercover Israeli soldiers at an intersection nearby before he saw the soldiers shoot one of the Palestinians not far from his car.

He added that he saw another Palestinian killed by the soldiers not far from where the soldiers fatally shot the first young man.

One of Ata’s relatives said the young man worked at an Israeli factory in a colony near Al-Jalama and was heading to his work when he saw a car that had the bodies of Sidqi and Tareq and rushed to try to help them, but just as he reached the car, the soldiers shot him with a live round in the head, three in the chest and three in the back.

Palestine TV said the soldiers shot Sidqi with several live rounds before one of the military jeeps sped toward and ran over him.

Hundreds of Palestinians marched in front of Ibn Sina hospital in Jenin, carrying the corpses of the three slain Palestinians and chanting for ongoing resistance until liberation and independence.

Palestinian national and Islamic factions in Jenin announced a general strike and called on the Palestinians to participate in the funeral procession of the slain men.

According to the Health Ministry, Israeli soldiers have killed 216 Palestinians, 164 of them in the West Bank and 52 in the Gaza Strip, since the beginning of this year.