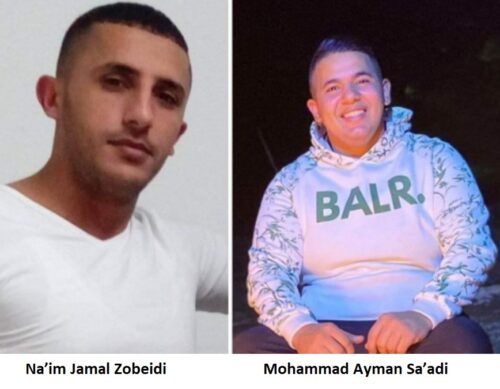 On Thursday dawn, Israeli soldiers invaded Jenin and Jenin refugee camp in the northern part of the occupied West Bank, killed two Palestinians, injured one, and abducted four others.

A large military force invaded the Al-Hadaf area in Jenin city, and the Jenin refugee camp, before the soldiers stormed and ransacked many homes and buildings and occupied rooftops to use as sniper posts and monitoring towers.

The sources added that the soldiers surrounded two homes in the Al-Hadaf area in Jenin before storming the properties and abducting Wisam Fayed and Omar Nasser Taleb.

The invasions led to massive protests in Jenin and the Jenin refugee camp, while armed resistance fighters also exchanged fire with the invading soldiers.

The soldiers fired a barrage of live rounds and many rubber-coated steel bullets, gas bombs, and concussion grenades.

The Health Ministry added that the soldiers also injured a third Palestinian who suffered bullet fragments wounds to his face.

Thousands of Palestinians marched in front of Ibn Sina hospital in Jenin carrying the corpses of the two slain young men throughout various streets in Jenin and Jenin refugee camp while chanting for unity, international protection, and ongoing resistance against the illegal Israeli colonialist occupation until liberation and independence. 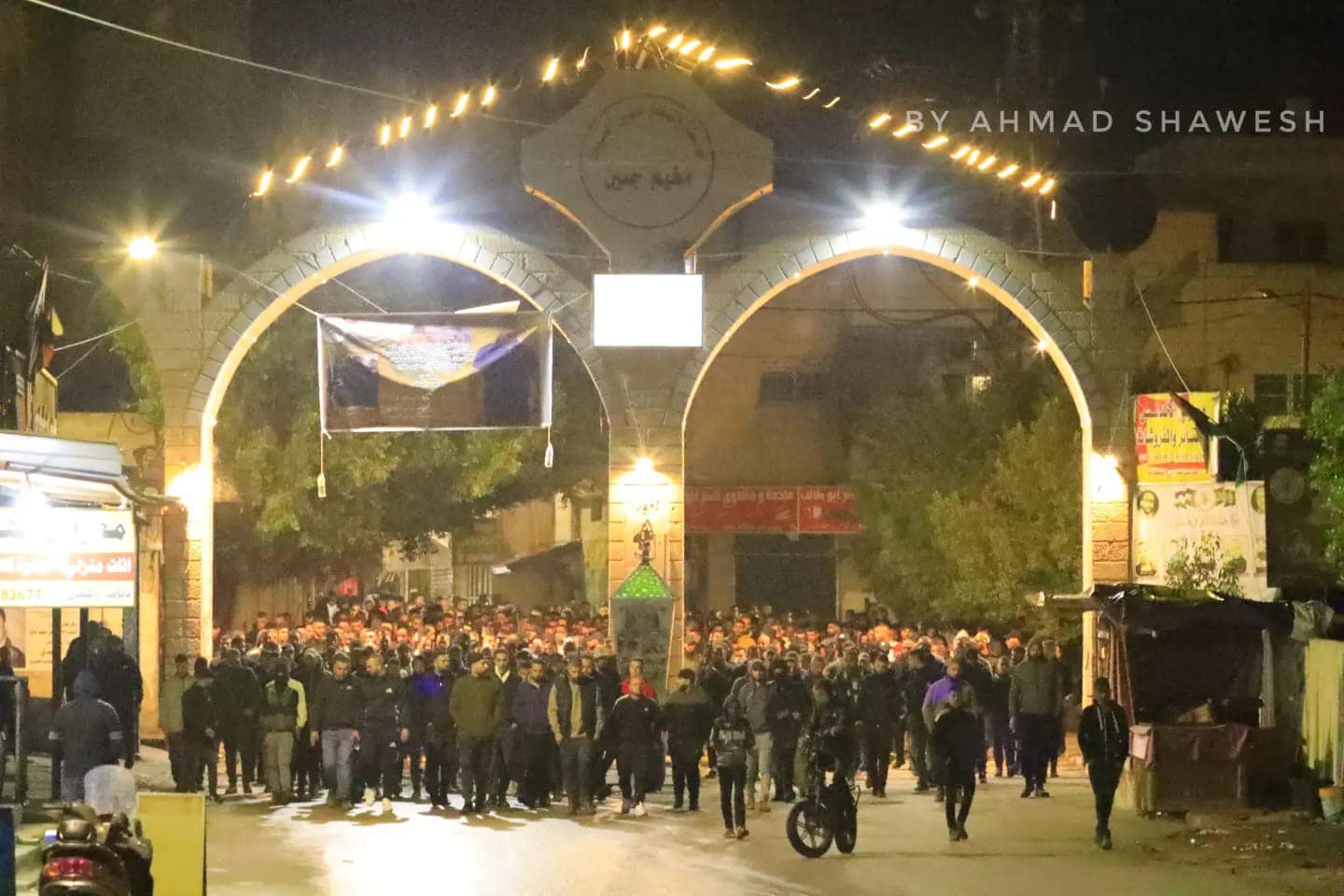 Na’im’s father, Jamal Zobeidi, said his slain son was a former political prisoner released from Israeli detention just a few months ago [June 10] and that he has a little child named Elia, and his wife is pregnant with a second child.

“Just before the soldiers killed my son, approximately at two at dawn, undercover forces infiltrated the refugee camp, and many young men noticed them and started throating stones at them,” Jamal stated, “The soldiers shot Mohammad Sa’adi, and when Na’im tried to reach him to try to move him to an ambulance, the soldiers shot him with seven live rounds and killed him.”

“They shot him in the head, in the chest, and several other parts of his body,” the father added, “I was sleeping, and in the morning, I was told he was injured, but when I went to the hospital I found out that he was dead. My son worked at the Industrial Zone all day, and I couldn’t see him yesterday when he returned home and today… I lost him.”

Also Wednesday, a Palestinian child from the Negev, Issa Hani Talqat, 13, died during surgery at the Israeli Soroka Medical Center a month after an Israeli police officer shot him with live fire in Arara town in the Negev.

On Tuesday, Israeli soldiers killed Rani Ma’moun Fayez Abu Ali, 45, north of the Al-Biereh city, in the central West Bank governorate of Ramallah and Al-Biereh, after claiming he tried to ram them with his car shortly after ramming and seriously wounding a soldier.

On Tuesday evening, Israeli soldiers killed Ra’ed Ghazi Na’san, 21, after the army invaded the Al-Mughayyir village east of Ramallah, in the central part of the occupied West Bank.

On Tuesday dawn, the Palestinian Health Ministry said Mohammad Mahmoud Ekhlayyel, 44, died from serious wounds he suffered after Israeli soldiers shot and seriously wounded him and injured twenty-one after the army invaded Beit Ummar town, north of Hebron, in the southern part of the occupied West Bank.