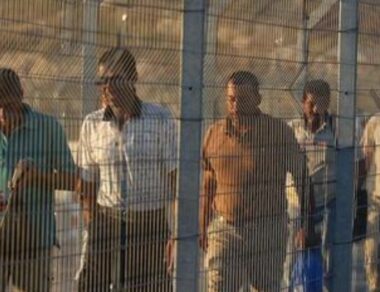 On Sunday, Israeli soldiers fired live rounds at Palestinian workers returning to their homes, wounding one, west of Qaffin town, north of Tulkarem, in the northern part of the occupied West Bank.

Eyewitnesses said the soldiers fired many live rounds at the workers near a section of the illegal Annexation Wall and chased them.

They added that the soldiers shot one worker and abducted him before moving him to an unknown destination.

On October 22, the soldiers killed a worker Rabi Arafa Rabi, 32, from Qalqilia in the northern West Bank, after shooting him near a military roadblock of a section of the illegal Annexation Wall southeast of Qalqilia.

It is worth mentioning that the army frequently attacks, chases, injures, and abducts Palestinian workers near the gates of the illegal Annexation Wall near Qalqilia, Jenin, and other parts of the West Bank.