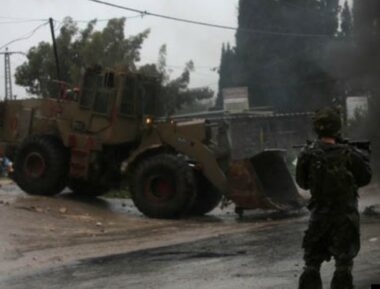 They added that the soldiers fired many live rounds, gas bombs and concussion grenades, wounding two young men in the legs and causing several others to suffer the effects of tear gas inhalation.

The soldiers also invaded and ransacked the homes of two political prisoners, identified as Ali Taiseer Zakarna and Ala Abu Farasha.

In addition, the soldiers abducted a former political prisoner, Ahmad Mustafa Milhim, from Kafr Ra’ey, south of Jenin after stopping him at a roadblock while heading to Nablus.