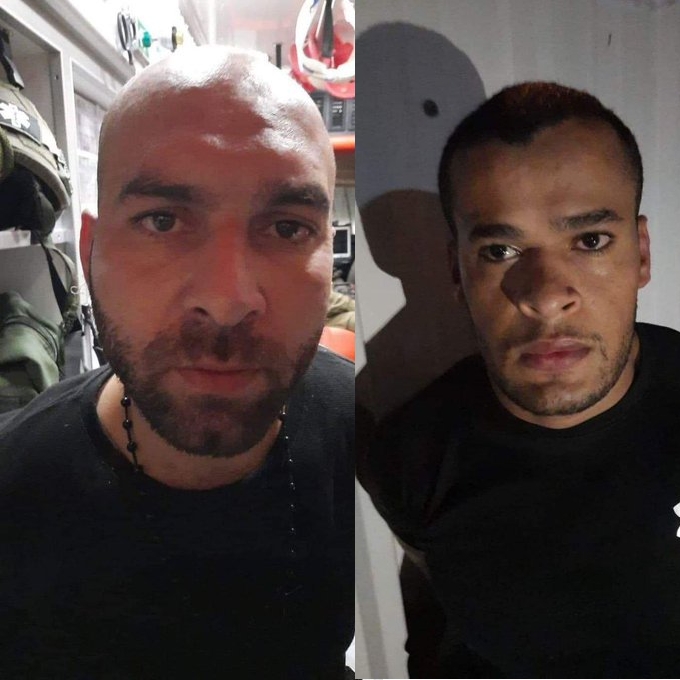 The last two of the six Palestinian political prisoners who escaped last week from Gilboa Prison were captured Saturday in Eastern Neighborhood in Jenin city, in the northern part of the West Bank.

Ayham Kamamji and Munadel Enfei’at turned themselves in when Israeli forces invaded Jenin and surrounded the building they were staying in.

Ayham’s father, Fuad Kamanji, stated that his son phoned him from the home where he was seeking shelter, and told him that the soldiers are surrounding the property and that he intends to peacefully surrender to avoid giving the soldiers the change to harm the family.

The father stated that the soldiers frequently invaded his homes and the homes of many relatives since his son was able to escape from Gilboa’ prison, and added that he was also repeatedly interrogated at the nearby Salem military base.

The two detainees had remained at large for nearly two weeks after escaping with four other prisoners from Gilboa Prison in northern Israel.

The other four: Zakaria Zubeidi, Mahmoud Ardah, Mohammed Qadri and Mohammed Ardah, were captured last Saturday before dawn near Nazareth in central Israel.

The four were badly beaten by the Israeli soldiers during their capture. They were forced to endure multiple days of interrogation, and were tortured with electric shocks, sleep deprivation, and numerous beatings to the face and head. Three days after their capture, when they were finally allowed access to their lawyers, two of the men were immediately taken to the hospital with severe injuries sustained during the interrogation.

The Israeli military launched a massive invasion of Jenin on Saturday night, after receiving a tip from an unknown source that the two men were in the city.

When the Israeli military invaded Jenin, they were met by armed Palestinian resistance fighters, as well as teenagers who threw stones at the invading army. One Palestinian was shot by Israeli forces and taken to the hospital. None of the invading Israeli soldiers were injured.

According to the Israeli military, the men’s location was found by the Shin Bet Israeli intelligence service.