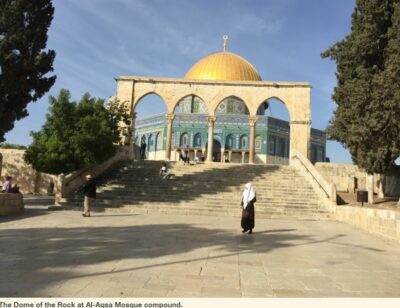 AMMAN, Wednesday, April 14, 2021 (WAFA) – The Jordanian Ministry of Foreign Affairs and Expatriates today condemned the ongoing Israeli violations in Al-Aqsa Mosque, Islam’s third holiest site, the latest of which was yesterday’s occupation police breaking into the Islamic Museum and going on the roof to cut the wires to the external loudspeakers of the Mosque in the western side, as well as harassing Waqf staff who are Jordanian government employees.

The official spokesman for the Jordanian Foreign Ministry, Dhaifallah al-Fayez, said in a statement that the actions of the Israeli police are unacceptable, condemned and reprehensible, and represent a provocation to the feelings of Muslims and a violation of the sanctity of the Mosque and the legal and historical status quo.

He stressed that Al-Aqsa Mosque, with its entire area of 144 dunums, is a purely place of worship for Muslims whose affairs are exclusively supervised by the Waqf Department and the Jordanian Al-Aqsa Mosque Affairs in accordance with international law and the legal and historical status quo.

Al-Fayez called on the Israeli authorities to abide by their obligations as an occupying power in occupied East Jerusalem in accordance with international law, to stop these actions and provocations, and to respect the sanctity of the Mosque, the status quo, and the authority of the Waqf Department and the Jordanian Al-Aqsa Mosque Affairs.