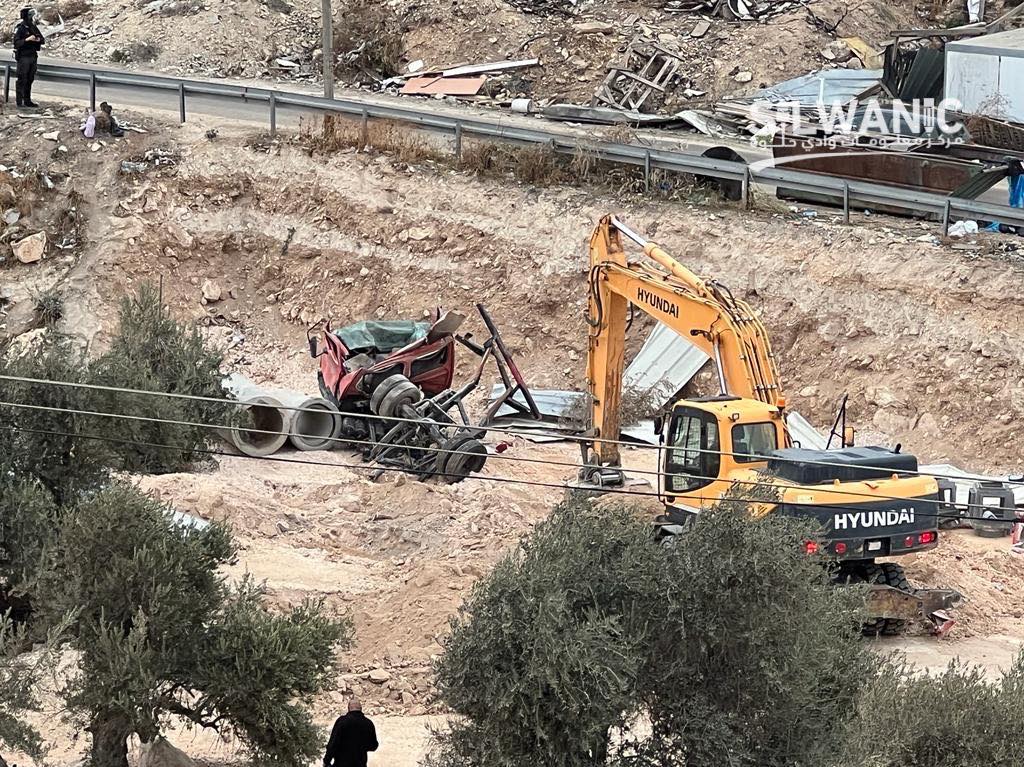 Hani Fannoun, deputy mayor of Nahhalin, said the soldiers invaded the an-Nassaba area, in the northern part of the town, before demolishing two agricultural sheds, owned by Majdi Jamil Shakarna and Ala’ Mohammad Fannoun.

He added that the army claims the two rooms were constructed without permits from the so-called Civil Administration Office, run by the occupation authorities, although the local town council licensed them.