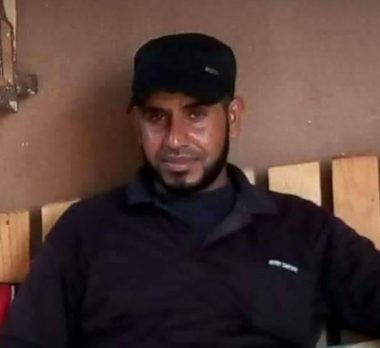 The Palestinian Health Ministry in Gaza has confirmed that a Palestinian man died, Friday, from serious wounds he suffered when Israeli soldiers fired a missile at the family home, on November 14th, 2019, killing eight family members, including five children.

The Health Ministry identified the slain Palestinian man as Mohammad Salama Sawarka, 40; he was seriously injured at dawn on Thursday, November 14th, when the army fired a missile at the family home, in Deir al-Balah in central Gaza.

Mohammad‚Äôs two children, Moath, 7, and Waseem, 23, were instantly killed. The missiles led to the death of eight members of his family, including five children and one woman. The Israeli army later alleged it ‚Äúfired the missile at the home by mistake.‚ÄĚ

Only one toddler survived the Israeli attack and was found shielded by her slain brother. She was identified as Farah Rasmi Salem Al Sawarka, sister to Mohannad, 12, Salem, 3, and Firas, 2, who were killed, and the youngest child of Rasmi Salem al-Sawarka, 45, and Mariam Sawarka, 45. Both parents were also killed. Farah is the only surviving family member.

At least twelve Palestinians were injured, including some who suffered life-threatening wounds.