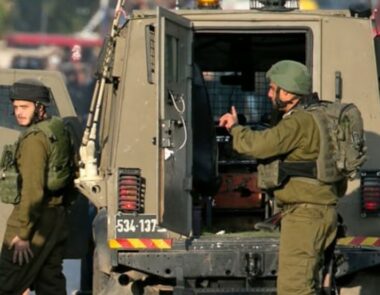 Eyewitnesses said the soldiers installed a sudden military roadblock on the main Qalqilia-Nablus Road, before stopping and searching many cars, and interrogated many Palestinians while inspecting their ID cards.

They added that the soldiers abducted two young men, identified as Mo’taz Mara’ba, from Kafr Thulth town, south of Qalqilia, and Motayyam Khadoum Radwan, from Qalqilia city, both in their twenties and took them to an unknown destination.

On Tuesday at night, the soldiers invaded the al-Biereh city in central West Bank, before breaking into and searching several homes, leading to protests.

On Tuesday at dawn, the army abducted several Palestinian civilians, including former prisoners and a cancer patient, from different areas of the West Bank.