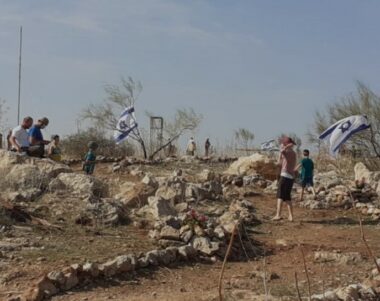 On Wednesday, Israeli soldiers and illegal colonizers invaded the Khirbat Samra village in the northern Plains of the occupied West Bank and photographed several residential structures.

Aref Daraghma, a human rights activist, said the soldiers and colonizers from the “Regional Council of Settlement” invaded the village and took pictures of several structures.

Daraghma added that, on Tuesday night, many colonizers invaded the community and tried to smash locks of several structures.

The village is among the many communities in the Northern Plains subject to repeated invasions and violations by the soldiers and the colonizers.

The violations include demolishing many residential tents, sheds, barns, and other facilities.