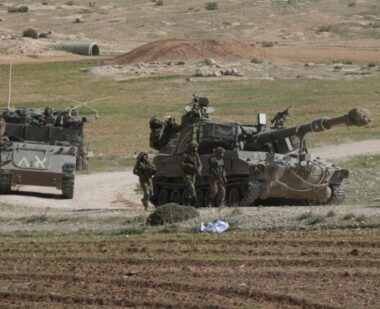 Rateb Obeyyat, the head of Hindaza Local Council, said dozens of soldiers invaded Khalayel al-Louz area, after surrounding it, and conducted their military drills between the homes.

He added that the training also including military helicopters and that the soldiers then started running in the neighborhoods and a few abandoned homes.

Obeyyat also said that many Palestinians, especially the children, suffered anxiety attacks, and added that the soldiers also prevented many Palestinians from reaching their homes until the drills were over.

It is worth mentioning that the soldiers frequently invade Palestinian communities to conduct training, displacing entire families.

The military drills include the use of live fire and shells in Bedouin villages and farmlands in the Jordan Valley, in addition to various areas in the occupied West Bank, mainly near Tubas, in central West Bank, Hebron, in the southern part.