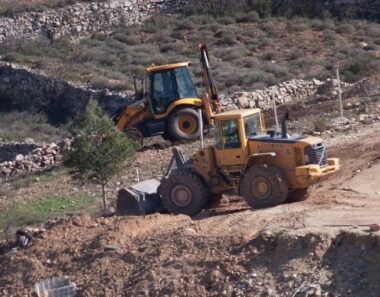 On Friday, Israeli soldiers cut dozens of grapevine seedlings and destroyed an irrigation well and a water reservoir in the Al-Khader town, south of Bethlehem, in the occupied West Bank.

Salah said the soldiers invaded the lands, owned by a local farmer, Ahmad Rezeq Issa, before cutting the trees and destroying the well and the reservoir without a reason or prior notice.

The area is subject to constant violations by the soldiers and the illegal colonizers, including cutting and uprooting trees, bulldozing farmlands, and demolishing agricultural sheds and rooms, as part of the constant Israeli attempts to illegally annex the lands to expand the colonies in the area.