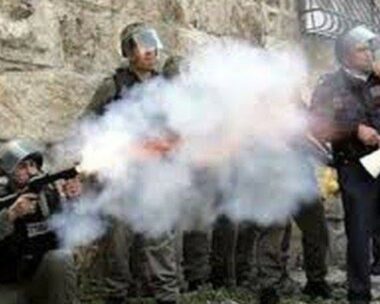 They added that many Palestinians suffered the effects of tear gas inhalation, in addition to cuts and bruises.

The soldiers also chased several Palestinians but were unable to abduct any.

It is worth mentioning that the refugee camp witnesses frequent protests due to repeated invasions and violations by the soldiers.