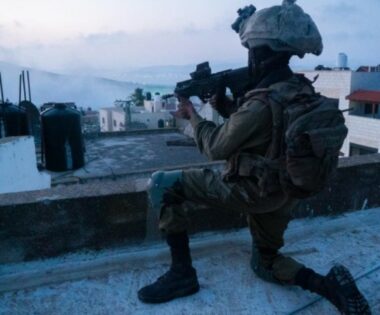 Media sources said several army jeeps invaded the area surrounding the Tahadi 5 school in the Zawahra neighborhood in the village to confiscate a Palestinian truck.

They added that the invasion led to protests before the soldiers randomly fired a barrage of gas bombs and concussion grenades, causing many Palestinians, including children, to suffer the effects of tear gas inhalation.

Medical sources said the Palestinians received the needed treatment before the medics rushed two children to a hospital.

On Saturday night, Israeli sources said a colonizer was injured in the head when Palestinian protesters hurled stones at his car while driving on a bypass road near Husan village, west of Bethlehem.