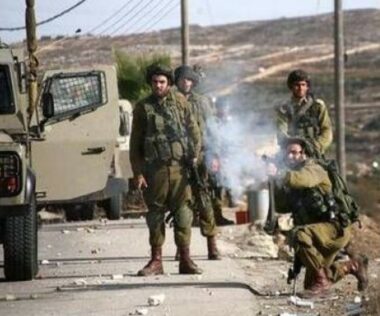 On Monday evening, Israeli soldiers invaded Doura town, south of Hebron in the southern part of the occupied West Bank, and injured several Palestinians, including five with live fire, during ensuing protests.

Local sources said the soldiers invaded the town before storming, ransacking many homes, and interrogated several Palestinians while inspecting their ID cards.

They added that many Palestinians protested the invasion before the soldiers attacked them with live rounds, rubber-coated steel bullets, and gas bombs.

The soldiers shot five young Palestinians with live rounds in their lower extremities before the medics rushed them to hospitals in Hebron, and caused many to suffer the effects of tear gas inhalation.