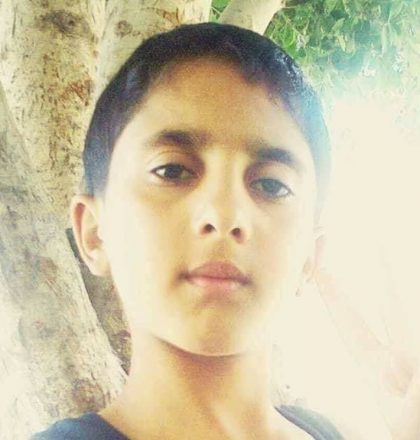 Updated: The Palestinian Health Ministry in Gaza has confirmed that Israeli soldiers killed four Palestinians, including one child, and injured 618 others, including five journalists, 26 children and 14 women, and added that 117 of the wounded were shot with live fire, among them eight who suffer very serious injuries.

The Health Ministry said a Palestinian, identified as Ziad Jadallah al-Breem, 27, was killed by Israeli army fire east of Khuza’a town, east of Khan Younis, in the southern part of the Gaza Strip.

The army also killed a Palestinian child, identified as Haitham Mohammad Khalil al-Jamal, 15, from Rafah, in the southern part of the Gaza Strip.

It added that the soldiers also killed Emad Nabil Abu Drabi, 26, near the Great Return Camp, east of Jabalia, in northern Gaza.

Dr. Ashraf al-Qedra, the spokesperson of the Health Ministry in the Gaza Strip, said the soldiers shot at least 92 Palestinians with live fire, and 19 others who were injured by shrapnel from the bullets.

He added that the army also shot five journalists, including Mohammad al-Baba, who works for the French Press Agency, and was injured with a live round in his thigh.

Dr. al-Qedra also stated that among the wounded Palestinians are 26 children and 14 women. The rest of the injured Palestinians suffered cuts and bruises, in addition to the severe effects of teargas inhalation.

On of the wounded Palestinians while directly shot with a high-velocity gas bombs in his upper jaw and settled in his mouth, moderately wounding him and causing him to suffer the severe effects of teargas inhalation.

It is worth mentioning that thousands of Palestinians have participated in the Great Return March protests, Friday, in several areas in the coastal region.

In a statement, Dr. al-Qedra said the soldiers have killed 127 Palestinians, and injured 14700 others, including women, children, medics and journalists, in the Gaza Strip, since the beginning of the Great Return March on Palestinian Land, on March 30th, 2018.

Israeli forces, on Friday, shot and killed three Palestinians, including a child, and injured more than 500 others as they descended on the continuing protests at the eastern border of the Gaza Strip, according to the Ministry of Health.

Israeli soldiers shot and killed 15-year-old Haitham al-Jamal while he was partaking in the protests at Gaza-Israel border, to the east of Khan Younei, in southern Gaza Strip.

Prior to this, Ziad Jadallah Bureim was shot dead to the east of Khan Younis, while Imad Nabil Abu Drabi, 26, was killed by the forces at the border to the east of Jabalia town, in northern Gaza Strip.

The remaining of the cases suffocated from teargas inhalation, and most of them were treated at field hospitals that were set up in the five main encampments of the protests at the border, WAFA reports.

The protests began on Land Day, on March 30th, and have continued each Friday through Nakba Day on May 15th, the 70th anniversary of the Israeli occupation of Palestine. 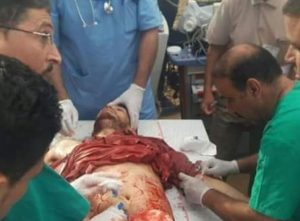 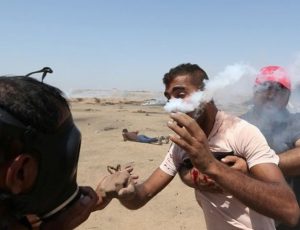